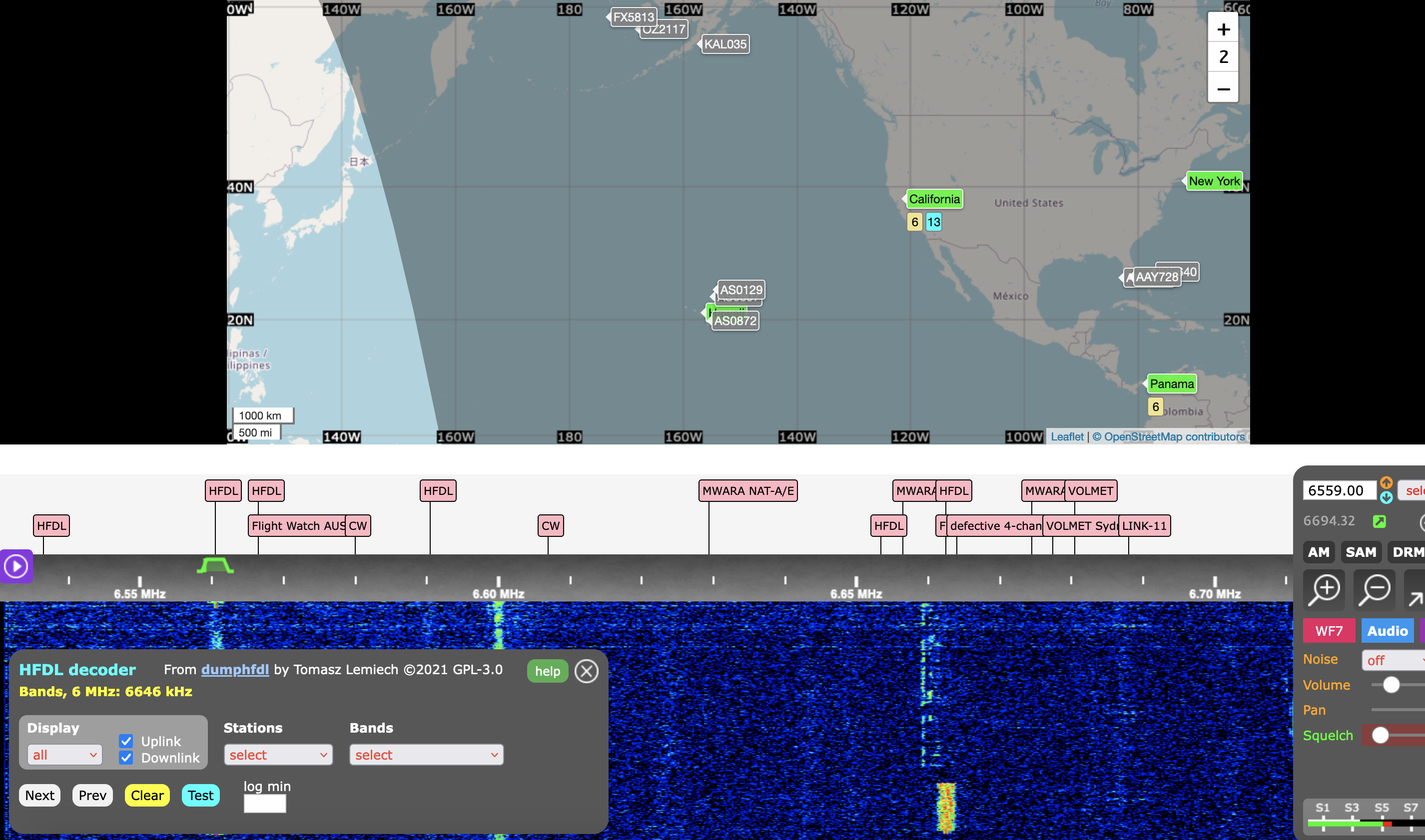 I used to spend a lot more time than I have recently listening to “utility” stations on shortwave, meaning stations that are neither broadcasters nor amateur radio operators. This leaves marine, aviation, military, and many other government and commercial organizations.

As I am a bit of a airplane nut, I am naturally taken to the aviation services. I remember listening to “Cambridge Bay” and “Arctic Radio” on my cherished Heathkit GR-78 in northern Alberta in the late 70’s.

Later on, I heard about HFDL, which was going to eventually replace voice SSB for HF aviation traffic. This development worried me, since I started wondering how much equipment would be needed to listen to it, considering a very simple SSB receiver was all that was needed to listen to the voice/SELCAL traffic on the old HF aviation channels.

After that, I heard that Charles Brain, G4GUO, had written an HFDL decoder for Windows called “PC-HFDL”. I was moved to purchase a license for it from him, despite my dislike of Windows overall. It worked well enough, but I never used it much, again because of Windows. I had thought it might be interesting to write an HFDL decoder on a different OS, but the specifications had to be purchased for several hundred dollars, and I never got that motivated. Fast forward again a few years, and my friend Steve Stroh, N8GNJ, pointed me at a Kickstarter campaign for something called the KiwiSDR. I put some money down on one, the first time I had participated in a Kickstarter project. Some time later, when I received my KiwiSDR, I was quite pleased with it, but I really didn’t spend much time with it.

Work and life got busy again, and I went several years without paying much attention to the KiwiSDR. Finally, I moved way out of town, to a place that is relatively RF quiet, and I setup the KiwiSDR and I was amazed to see how many features had been added to it. It was demonstrating a great feature of SDRs; namely that functions and features can be added just by add/changing the software.

Much to my surprise, I noticed that it had an HFDL extension. I saw this several weeks ago, but tonight I tried it and I was delighted both at how well it works, and also that the HFDL implementation is a portable open-source project of its own.